The RCBC Library has many course textbooks on reserve. These books can be reserved for two hours at a time.

You can view which textbooks are available by subject on this guide:

Textbooks on Reserve at RCBC

Print books are arranged on the shelf in Library of Congress Call Number order. Each call number begins with an alphanumeric base (e.g., "BF109.J8") that is followed by a cutter and a date of publication (e.g., "A25 1993"). See a librarian if you need assistance. 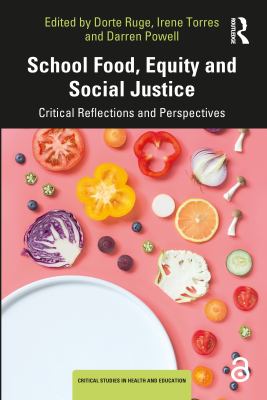 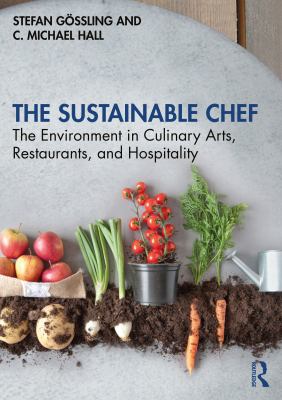 The sustainable chef : the environment in culinary arts, restaurants, and hospitality

"This book provides the first systematic and accessible text for students of hospitality and the culinary arts that directly addresses how more sustainable restaurants and commercial food services can be achieved. Food systems receive growing attention because they link various sustainability dimensions. Restaurants are at the heart of these developments, and their decisions to purchase regional foods, or to prepare menus that are healthier and less environmentally problematic have great influence on food production processes. This book is systematically designed around understanding the inputs and outputs of the commercial kitchen as well as what happens in the restaurant from the perspective of operators, staff and the consumer. The book considers different management approaches and further looks at the role of restaurants, chefs and staff in the wider community and the positive contributions that commercial kitchens can make to promoting sustainable food ways. Case studies from all over the world illustrate the tools and techniques helping to meet environmental and economic bottom lines. This will be essential reading for all students of hospitality and the culinary arts"-- Provided by publisher. 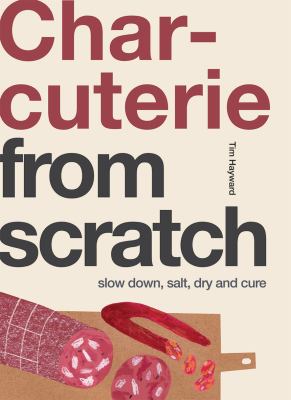 From Scratch: Charcuterie is an accessible handbook that features all the recipes and techniques you need to know to cure and preserve meat from scratch. Preserving and curing at home is easier than you think, and this book explains how. Covering the basics, Tim Hayward takes the home cook from the principles of charcuterie and the importance of salinity, temperature, humidity and time through all the classic techniques of curing and salting, drying and preserving. With clear step-by-step instructions and photography, explanations of what works and why, and foolproof recipes, you'll learn how to make everything from Pâté to Pastrami, Smoking Bacon to Salt Beef, Corned Beef to Confit Duck and more. Packed with useful, accessible information and focusing on back-to-basics skills, the From Scratch series is designed to inspire you to slow down and create. Titles include: Sourdough, Brew, Ferment. 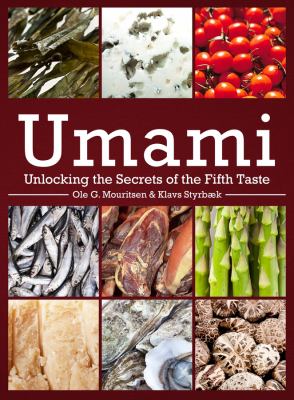 In the West, we have identified only four basic tastes--sour, sweet, salty, and bitter--that, through skillful combination and technique, create delicious foods. Yet in many parts of East Asia over the past century, an additional flavor has entered the culinary lexicon: umami, a fifth taste impression that is savory, complex, and wholly distinct. Combining culinary history with recent research into the chemistry, preparation, nutrition, and culture of food, Mouritsen and Styrbæk encapsulate what we know to date about the concept of umami, from ancient times to today. Umami can be found in soup stocks, meat dishes, air-dried ham, shellfish, aged cheeses, mushrooms, and ripe tomatoes, and it can enhance other taste substances to produce a transformative gustatory experience. Researchers have also discovered which substances in foodstuffs bring out umami, a breakthrough that allows any casual cook to prepare delicious and more nutritious meals with less fat, salt, and sugar. The implications of harnessing umami are both sensuous and social, enabling us to become more intimate with the subtleties of human taste while making better food choices for ourselves and our families. This volume, the product of an ongoing collaboration between a chef and a scientist, won the Danish national Mad+Medier-Prisen (Food and Media Award) in the category of academic food communication. 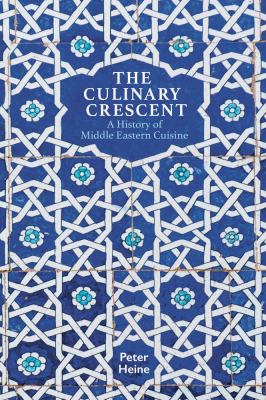 The Fertile Crescent region--the swath of land comprising a vast portion of today's Middle East--has long been regarded as pivotal to the rise of civilization. Alongside the story of human development, innovation, and progress, there is a culinary tradition of equal richness and importance.                      In The Culinary Crescent: A History of Middle Eastern Cuisine, Peter Heine combines years of scholarship with a personal passion: his knowledge of the cookery traditions of the Umayyad, Abbasid, Ottoman, Safavid, and Mughal courts is matched only by his love for the tastes and smells produced by the contemporary cooking of these areas today. In addition to offering a fascinating history, Heine presents more than one hundred recipes--from the modest to the extravagant--with dishes ranging from those created by the "celebrity chefs" of the bygone Mughal era, up to gastronomically complex presentations of modern times.           Beautifully produced, designed for both reading and cooking, and lavishly illustrated in color throughout, The Culinary Crescent is sure to provide a delectable window in the history of food in the Middle East. 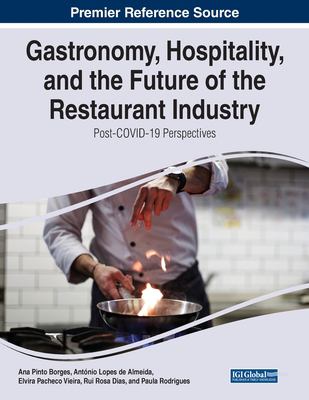 Gastronomy, Hospitality, and the Future of the Restaurant Industry

Gastronomic tourism has made remarkable progress within the past decade in both academia and within its own sector. However, many industries have suffered from the COVID-19 pandemic, and food tourism businesses had to take unique precautions for the health and safety of global consumers. Despite the economic turbulence of the COVID-19 pandemic, there are many strategies available for the restaurant industry to thrive. Gastronomy, Hospitality, and the Future of the Restaurant Industry: Post-COVID-19 Perspectives presents the most recent research surrounding food and gastronomy in relation to hospitality and tourism, highlighting emerging themes and different methods of approach. Concretely, it constitutes a timely and relevant compendium of chapters that offers its readers relevant issues in gastronomy and management strategies in the hospitality industry. Covering topics such as food tourism, organic food production, and restaurant communication, this book is an essential resource for managers, business owners, entrepreneurs, consultants, marketing specialists, government officials, libraries, researchers, academicians, educators, and students. Providing food for the brain as well as the body, this wonderful collection of essays explores the boundaries between Mexican and Mexican-American foods, promotes philosophical understandings of Mexican-American cuisine, and shares recipes from both past and present. Defining Mexican-American food is difficult due to its incredibly diverse roots and traditions. This unique style of cuisine varies significantly from Mexican and Latin American cuisines, fusing Native American and Hispanic influences stemming from three centuries of first Spanish and later Mexican rule. In Mexican-American Cuisine, renowned authority in Latino culture Ilan Stavans and 10 other experts in southwestern cuisine explore the food itself and associated traditions. The book presents nine scholarly essays that examine philosophical understandings of Mexican-American cuisine. Covering both platillos principales (main dishes) and postres (desserts), the authors serve up a sideboard of anthropological, ethnographic, sociological, and culinary observations. Essay topics include the boundaries between Mexican and Mexican-American food, the history and uses of the chile, and the derivations of Mexican cuisine. Readers are also treated to recipes and recommendations by 19th-century California chef Encarnación Pinedo who explores "The Art of Cooking." An introduction by Ilan Stavans Contributed essays from nine outstanding writers Recipes from both past and present A selected bibliography of key sources 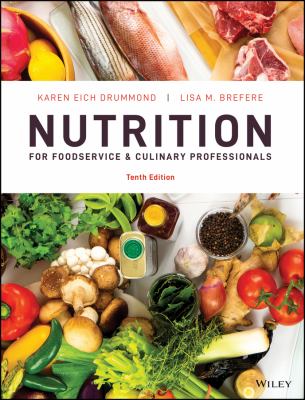 Nutrition for Foodservice and Culinary Professionals

Combine the insights of an experienced dietitian and a renowned chef in this practical guide to nutrition and food In the newly revised 10th Edition of Nutrition for Foodservice and Culinary Professionals, registered nutritionist Karen E. Drummond and executive chef Lisa M. Brefere deliver an insightful guide to incorporating healthy, balanced dietary techniques into everyday practice. From national nutrition guidelines to food preparation and labeling standards, the authors cover every relevant aspect of planning, preparing, and serving healthy meals. They include updated 2020-2025 Dietary Guidelines for Americans from the USDA, the latest nutrition research, culinary trends, ingredients, and planning menus to meet the diverse nutritional needs of today's customers. This book also includes: A thorough introduction to the fundamentals of nutrition and foods, including why nutrition is important, what constitutes a healthy diet, and discussions of calories and nutrients A comprehensive exploration of balanced cooking and menus, including how to build flavor, balanced baking, modifying recipes, and gluten-free baking Practical discussions of applied nutrition, including how to handle customers' special nutrition requests, weight management, and nutrition for people of all ages Several appendices including serving sizes for MyPlate food groups and dietary reference intakes An enhanced e-book with links to technique videos, interactive games, quizzes, and glossary entries Perfect for students completing a culinary arts or foodservice management curriculum, Nutrition for Foodservice and Culinary Professionals, Tenth Edition is also an indispensable resource for chefs, cooks, and anyone else who professionally prepares food. 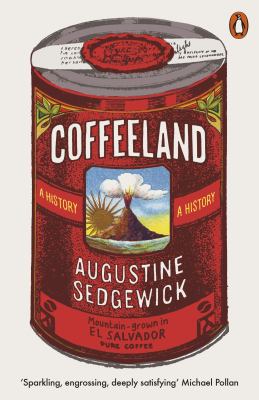 The epic story of how coffee connected and divided the modern world. Coffee is an indispensable part of daily life for billions of people around the world - one of the most valuable commodities in the history of global capitalism, the leading source of the world's most popular drug, and perhaps the most widespread word on the planet. Augustine Sedgewick's Coffeeland tells the hidden and surprising story of how this came to be, tracing coffee's five-hundred-year transformation from a mysterious Muslim ritual into an everyday necessity. This story is one that few coffee drinkers know. It centers on the volcanic highlands of El Salvador, where James Hill, born in the slums of Manchester, England, founded one of the world's great coffee dynasties at the turn of the twentieth century. Adapting the innovations of the Industrial Revolution to plantation agriculture, Hill helped turn El Salvador into arguably the most intensive monoculture in modern history, a place of extraordinary productivity, inequality, and violence. Following coffee from Hill family plantations into supermarkets, kitchens, and workplaces across the United States, and finally into today's ubiquitous cafés, Sedgewick reveals how coffee bred vast wealth and hard poverty, at once connecting and dividing the modern world. In the process, both El Salvador and the United States earned the nickname "Coffeeland," but for starkly different reasons, and with consequences that reach into the present. This extraordinary history of coffee opens a new perspective on how the globalized world works, and provokes a reconsideration of what it means to be connected to faraway people and places through the familiar things that make up our day-to-day lives. 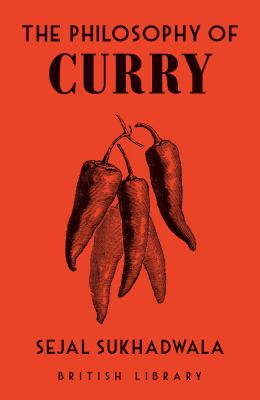 The Philosophy of Curry

There are curries on almost every continent, with a stunning diversity of flavors and textures across India alone, and many more interpretations the world over, including in Indonesia, Malaysia, Japan, Trinidad and the UK. But curry is difficult to define. The word has origins in ancient India, but its adoption by Portuguese and British colonizers saw curry reinterpreted in the west to encompass an entire cuisine, prompting many Indians to reject the term outright. Sejal Sukhadwala probes the complex intersection of tradition and colonialism through the fascinating history of curry, from its association with Ayurveda - one of the world's oldest holistic healing systems to its enduring popularity in contemporary British culture. Garnishing this history is a surfeit of helpful advice on which oils to use, how to temper spices and where to find those all-important mouth-watering recipes.

Please check the catalog or databases, or contact RCBC Library to see if book is currently available. Here are a few suggestions:

Ebooks are accessible directly from the Library catalog. If you're interested in finding ebooks only, head to eBook Collection. To log in, use the barcode located on the back of your student ID and your pin number. You have the option to download ebooks to a device, but we strongly recommend reading them online to take advantage of the full suite of available tools. Create a personal account using your Library barcode and PIN to manage and organize your ebook reading and research.

Need A Book We Don't Have?